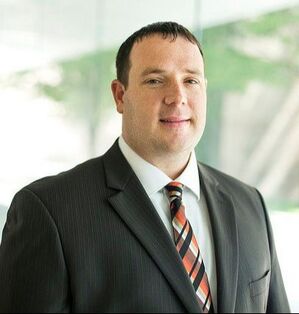 In 2018, Rob moved to Valdosta State University (VSU), a state comprehensive university in Georgia, which serves many first-generation and low-income students, to become the inaugural Executive Director of Advising. In this role, in partnership with the Vice President for Student Success, Rob led the reorganization of academic advising at VSU. The reorganization resulted in the creation of several new Advising Centers, along with the hiring of twelve new academic advising staff members to support VSU's focus on retention, persistence, and graduation. Through active campus partnerships, strong IT advising infrastructure, and lots of work with Human Resources, the new Advising Centers are thriving.

Prior to VSU, Rob worked in the Engineering Advising Center (EAC) at the University of Michigan as the Director. In this role, his focus was to ensure the successful student transition of approximately 1350 new freshmen engineering students each year. The EAC utilized the Appreciative Advising framework to assist students to uncover their academic and career goals. This model served as the heart of early intervention efforts and provided a strong foundation for working with students in academic difficulty. Before working at the U of M, Rob spent 11 years at Grand Valley State University where he served on numerous university-wide committees aimed at first year, transfer, returning, and international student success initiatives. While at GVSU, Rob taught multiple sections of Freshman Seminar, along with serving as lead faculty for an Internship Preparation course for second and third year students in the College of Engineering and Computing. Rob likes to share that he is a "recovering pre-med advisor" as this was his role during his first six years in the field.