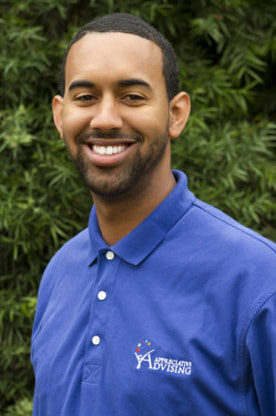 Vance currently serves as the Project Coordinator for the Black Male Success Initiative (BMSI) at Azusa Pacific University, an initiative that was created to engage and support the African American men on APU’s campus to ultimately increase their retention rates. From 2010 to 2014, Vance served as an Academic Advisor for Student Support Services at Cal State, Dominguez Hills, and currently serves as an advisor for the university's Male Success Alliance mentoring initiative.

In 2012, he became a member of the Appreciative Advising Faculty and a Certified Appreciative Adviser where he facilitates small group sessions at the annual Appreciative Advising Institute. Selected to be one of the first Associate Consultants for Student African American Brotherhood (S.A.A.B.), Vance travels to colleges and universities around the U.S. to speak on behalf of the national organization.

In addition to advising, Vance has conducted research with two of his colleagues focusing on the collegiate success of African American males and providing the counter-narrative for these men. Moreover, he and his colleagues presented their findings of this research at several regional and national conferences, including Harvard’s Alumni of Color Conference. He is also the President of Special Angels Group Facilities, a shelter services business working with developmentally challenged adults as well as Transitional Aged Youth in San Bernardino County.
​
Outside of his work for the Cal State system, Vance is an entrepreneur and the founder of AdVanced Image, a visual arts and branding business that assists clients in developing content to build and strengthen their cultural capital.
© COPYRIGHT 2018. ALL RIGHTS RESERVED.